"May the Morse be with you" 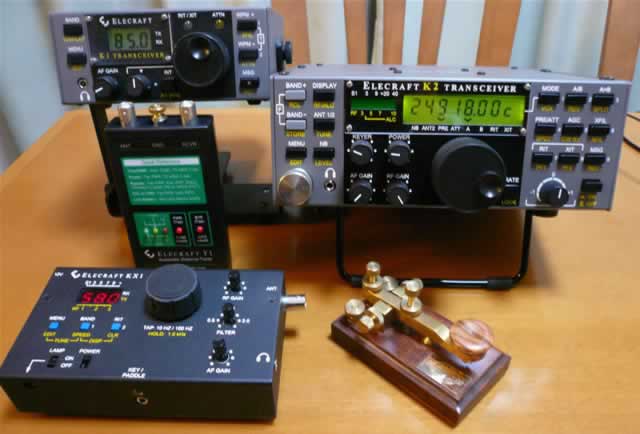 ATTN: This content will not be updated because I do not have a K1 anymore.

When the strong signals came into my receiver, I was very surprised because of the loud sound. So I changed some capacitor on the RF Board of my K1.

Elecraft now presents K1BKLTKIT, the LCD backlight mod kit. I put it into my K1. So I can operate even if it is dark. Not so bright, but easy to read.

The BFO of K1 is LSB but I usually use 17m/15m filter board, so I changed the BFO to USB from LSB by removing and jumpering RFC1 on the RF Board. I can listen to the SSB (USB) stations.

Special Thanks:
A staff of Elecraft support team told me how to modify. MNI TNX.

I added a 68pF capacitor in parallel with C2 (120pF) on the RF board to make the VFO range spread out because I want to listen to SSB QSOs. VFO covers about 267kHz, but it is difficult to tune.

p.s.
I removed a cap. because it was so critical to tune.

Special Thanks to Stephanie, VA3UXB
for her suggestions on component values

Additional mods I did were almost same as Stephanie's:

In addition to above mods, I added a 0.001uF capacitor in parallel with R30 on the RF board to increase the RF output power.